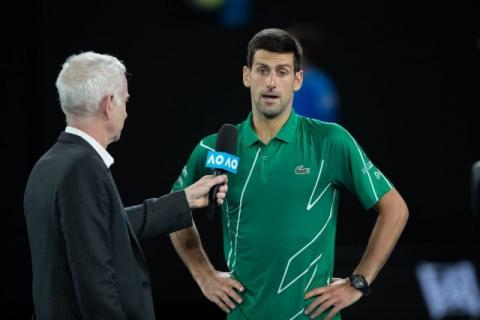 In his interview in the show "Cube", hosted by Mats Wilander, the American once again referred to the unpleasant case of the deportation of the world's number one, Novak Djokovic.
"He is one of the mentally strongest on court. I remember how he almost completely disappeared from the map a couple of years ago, and then he won four slams in a row and for the next year and a half, no one could beat him. Suddenly he came back, better than ever. He managed to make things harder for himself, to make his life miserable because he didn't get vaccinated, it complicated things in an attempt to defend the titles he won. I don't know if he thought he could go to Australia and play, I still don't understand why did he meet that journalist if he had COVID and he didn't tell him that, it was hard for me to believe. This will definitely hit Djokovic hard," McEnroe said.
The question is how the situation will develop further during the season.
"There is uncertainty about Roland Garros, they say he will have to be vaccinated to play, but what about Wimbledon? He may not be worried about other tournaments, but this is very, very unfortunate for a man who worked so hard for everyone to love him. I know, it's hard to be loved. I know for myself, I know what moments are like when everyone is against you, but deep down you want to be loved. When he lost in the US Open final to Medvedev and when he went to the calendar slam, he said he appreciated the audience. Australia seemed to be the place where they loved him the most, but he was not allowed to play. This is completely crazy, unbelievable, I really don't know what will happen next," McEnroe concluded.