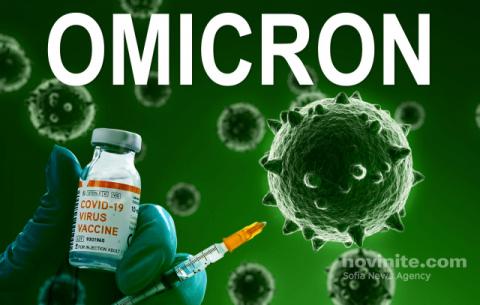 At the moment, the number of hospitalized patients in Bulgaria is not growing sharply - despite the explosive rise of cases infected with the new variant of COVID-19 Omicron.

There is worldwide support for the fact that Omicron is a milder variant - although this is a statistical rather than an individual rule, as victims and people with severe disabilities are still suffering. However, it also confirms the fact that it is much more contagious than the previous dominant variant - Delta.

However, mathematicians and epidemiologists warn that the data are not currently indicative of the development of the pandemic in the next few weeks. And they point to the results of Omicron's neglect in other countries where the new variant came in earlier.

In the United States - a record number of hospitalizations, a sharp increase in children

On January 16, the United States set a record for hospitalizations - 142 thousand people in one day, according to the Centers for Disease Control. Most of them are unvaccinated, but there are people with a booster among them.

And if the big cities have the volume of beds and doctors to withstand the stress for a while, then in the smaller towns the overcapacity is huge.

Many of those hospitalized have milder symptoms than previous waves, and fewer need resuscitation or intubation. But this does not mean that they do not need hospital care and do not occupy a bed and the attention of overworked doctors.

In the United States, there has also been a sharp increase in hospitalized children - in previous waves, young children were generally the least affected by the virus. At the end of last year, the...