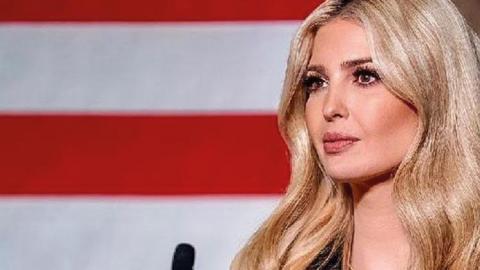 Lawmakers investigating the 2021 U.S. Capitol assault asked Donald Trump's daughter Ivanka Trump on Jan. 20 to cooperate with their inquiry, in a significant escalation of attempts to seek testimony from the inner circle of the former president.

The House January 6 select committee told the 40-year-old businesswoman -- then a senior advisor to her father -- it had evidence that she had pleaded with him to call off the violence as his supporters stormed Congress.
"Testimony obtained by the committee indicates that members of the White House staff requested your assistance on multiple occasions to intervene in an attempt to persuade President Trump to address the ongoing lawlessness and violence on Capitol Hill," chairman Bennie Thompson wrote to her.

Investigators are looking into how the attack, which shut down Congress as they were certifying the 2020 presidential election, took place and to what extent then-president Donald Trump and his aides had a part in encouraging it.
The committee has already spoken to around 400 witnesses and issued subpoenas for several key figures in Donald Trump's orbit, including White House chief of staff Mark Meadows and one-time White House strategist Steve Bannon.
The committee, which wants Ivanka Trump to sit for a voluntary deposition, is treating her actions as the riot was underway as a "key focus" of the probe.

She appears to have direct knowledge of her father's attempt to persuade then-vice president Mike Pence to stop the counting of electoral votes, it said in a statement.
"As January 6 approached, President Trump attempted on multiple occasions to persuade vice president Pence to participate in his plan," Thompson wrote.
"One of the president's discussions with the vice...