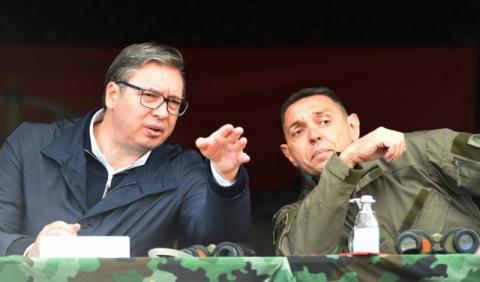 "Through Europol, we received information on January 14 under the label urgent, from one EU member state. We were informed about the existence of an organized criminal group whose goal is the assassination of the President of the Republic Aleksandar Vui," said Vulin.
He stated that, after the initial information, an extensive action was initiated to determine the identity of all members of this organization, and that it was determined that Radoje Zvicer, one of the leaders of the Kava clan, was at its head.
"He gathered and organized a group to assassinate the president. Whether it was a personal discretion or an order - remains unknown," the minister added.
He added that members of the Ministry of the Interior will do everything to preserve the security and life of President Aleksandar Vui.