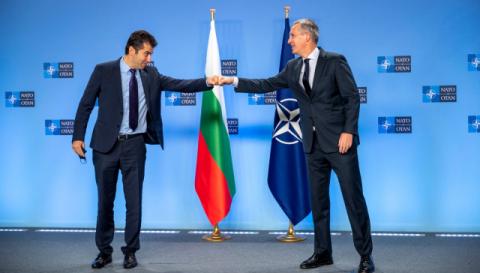 Regarding Moscow's insistence on the withdrawal of NATO forces from Bulgaria and Romania, he said that this does not help de-escalation, which is a top priority for Bulgaria.

Asked whether our country will receive support from Spain and the Netherlands, the Prime Minister said that various options are currently being considered.

"The good thing is that there are options that are currently being discussed. And what I can assure you is that they are with Bulgaria's full priority as a country, constructive membership in NATO, and with a focus, as I said, on the de-escalation of tensions."

"We continue to say in a clear tone that the de-escalation of tensions is a top priority for Bulgaria. There are no two categories of NATO members and we are all equal. We do not approve of this type of discussion in any way. I called from the rostrum of the parliament that this type of rhetoric does not help to eliminate the escalation. Everyone should carefully word their statements", the Prime Minister commented on the situation.

"I do not believe in areas of influence. It is important for small countries like Bulgaria to have the power to decide their own destiny, their membership and what is happening on their territory. Bulgarian sovereignty is above everything", Petkov is categorical.