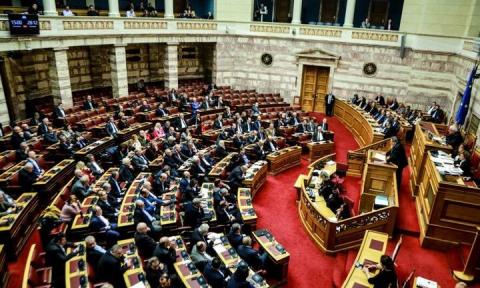 We had become so accustomed to it that we considered it a structural element of our political system.

The two biggest parties would just take turns in exercising power, and their differences were so great that the prospect of a German-style Grand Coalition were practically nil.

For the third largest party, the only question was with which other party it would collaborate in the event that the outcome of the election made single-party rule impossible.

The election of Nikos Androulakis as the centre-left Movement for Change (KINAL) leader, and the rise of the party in the polls, indicates that the bipolar party system may be coming to an end.

It is still too soon to judge, as the renewal of a party always stirs optimism and enthusiasm. KINAL's skyrocketing polling numbers in Crete is to some extent linked to the fact that Androulakis hails from there.

Yet, the indications are clear. It is uncertain whether SYRIZA will finish second, and that is why Alexis Tsipras is attempting to make a new start by having the party base elect the leader and the Central Committee.

The emergence of three main poles in the Greek political system is also of interest for the government, especially because the next election will be held with a direct proportional electoral law.

The PM has made clear that he will not allow a climate of instability to prevail and, by all appearances, if New Democracy does not secure single-party rule, he will lead the country to a second general election with an electoral law that gives the first party a bonus of a few dozen parliamentary seats.

There will be tough dilemmas and pressures for a "clear solution", as Greece's political culture does not favour minority governments (with the tolerance of...