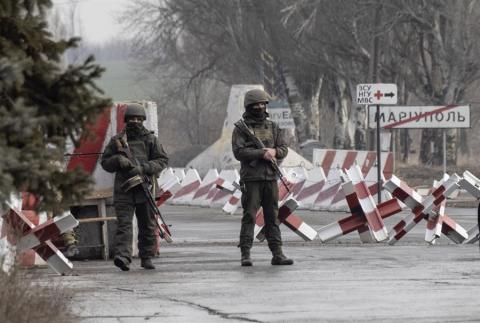 Germany will send a field hospital to Ukraine, Defence Minister Christine Lambrecht said on Jan. 22, while once again rejecting Kiev's calls for weapons delivery as fears of a Russian invasion grow.

Berlin has already delivered respirators to Ukraine and severely injured Ukrainian soldiers are currently being treated in Bundeswehr hospitals, the minister told Welt am Sonntag newspaper.

"In February, a complete field hospital will be handed over, including the necessary training, all co-financed by Germany with 5.3 million euros ($6.0 million)," Lambrecht said.

"We are standing on Kiev's side. We must do everything to de-escalate the situation.
"Weapons deliveries would not be helpful at the moment -- that is the consensus within the government," she added.
Russia has massed tens of thousands of troops on the Ukrainian border, denying it plans to invade but demanding security guarantees, including a permanent ban on the country joining NATO.
Echoeing Western allies, Lambrecht said Moscow's demand to decide which state joins NATO was a "red line" for the alliance.

"There is no Russian veto-right for membership to NATO. Every sovereign nation that shares our values is free to apply for membership. But beyond this red line, there is readiness from the West to speak with Russia and to take its interests into account," she said.
Turning to Mali, another theatre of conflict involving Russia, Lambrecht said Moscow will not achieve its aims simply by deploying mercenaries to the West African countries.
Mali is the epicentre of a jihadist insurgency that began in the north of the country in 2012 and spread three years later to neighbouring Niger and Burkina Faso.
Germany has around a thousand troops stationed in Mali...