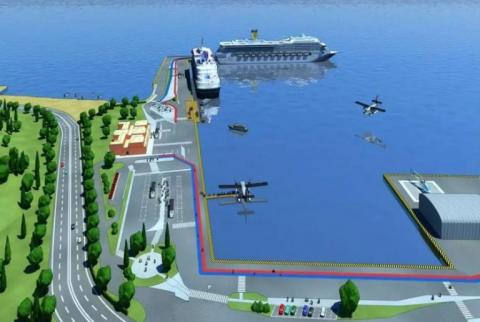 The "green" light for the operation of the waterway networks in Corfu and Paxos seaports was given by the Greek Ministry of Infrastructure and Transport, after the completion of the inspection procedures of the Corfu and Paxos Seaports by the competent committee.

The inspections had as a result the approval of the necessary operating licenses, as no observations were made on the infrastructures of the two waterways.

The operating body of the Corfu and Paxos Waterways is the Northern Ionian Waterways Company, having as partners the "Hellenic Waterways" and the "Corfu Port Authority S.A.".

The president of the company "Greek Water Airports", Mr. Tasos Govas, stated at the Athens News Agency - Macedonian Press Agency (ANA-MPA) that "having as a starting point the updating of the operating licences of the Corfu and Paxos Waterfields, we proceed to the creation of the first viable waterway network in Western Greece, while, at the same time, the updating of the lincences of the rest of the waterways in Greece is also expected".

"It is clear that these seaplanes will revitalize the local economies by promoting tourism while, at the same time, they will also improve the daily life of the inhabitants by meeting their transport needs", Mr. Govas stressed.