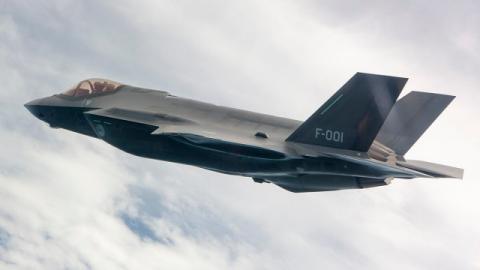 The Royal Netherlands Air Force will send two fifth-generation F-35 fighter jets in April and May in support of NATO's Black Sea Airspace Monitoring Mission, the NATO Allied Command said on its website.

"Every effort is made to de-escalate the situation through dialogue and diplomacy. Ultimately, this is in the interests of all parties involved. At the same time, it is important to be prepared for the undesirable scenario of failed talks," said Dutch Defense Minister Kaisa Ollongren.

The Dutch Armed Forces plan to send to Bulgaria two of its most modern F-35 aircraft along with support staff as part of NATO's expanded air surveillance mission.

In February 2021, the Spanish Air Force sent six Eurofighter fighters to the Mihail Kogalniceanu Air Force Base, located near the Romanian city of Constanta. From this base, the fighters patrolled the Black Sea. This year, the Chief of the General Staff of the Spanish Defense offered to repeat the mission in Bulgaria if the logistical problems related to the operation are...