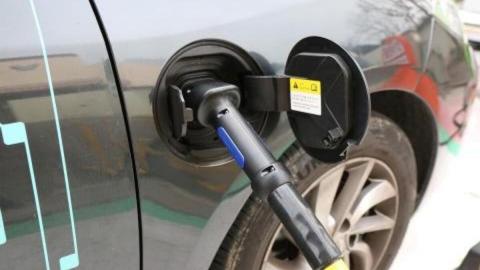 The Energy Market Regulatory Authority (EPDK) has laid out draft regulations regarding charging stations for electrical vehicles, setting up rules for pricing and licenses.

The draft foresees that charging prices will be determined in the market but the EPDK may introduce nationwide or regional caps, such as upper and lower limits. Those market prices will be made available to customers on digital platforms and at stations.

The owners of the EVs may be able to make appointments to use the charging facilities depending on the availability and the price charged.

The customers will be offered an option between fast or regular charging at different prices. They will be billed a price for per kilowatt hour.

Presently, there are 3,457 charging stations across Turkey, daily Milliyet recently reported. Some 818 of them are for private use, while the remaining 2,639 are for public use.

"In 2011, only one city had charging stations, but now the charging station network has expanded to all 81 provinces," said Berkan Bayram, head of the Electric and Hybrid Vehicles Association (TEHAD).

There are some 600 charging stations in Istanbul, while the capital Ankara and the western province of İzmir each has 300 stations, Bayram noted.

He predicted that seven out of 10 cars in Turkey will be electric vehicles in 2030.

Last year, a total of 2,846 electric vehicles were sold in Turkey, rising...