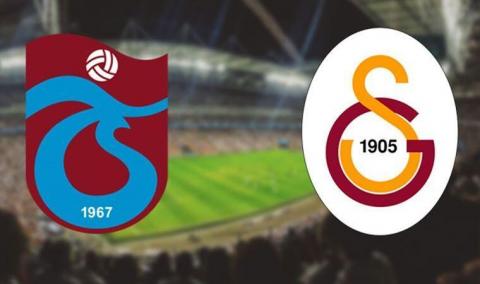 Week 23 action in the Turkish Süper Lig pits Galatasaray against Trabzonspor on Jan. 23, with both sides needing a victory, but for very different reasons.

The away side, Trabzonspor, leads the league nine points ahead of its closest rival, sitting in a comfortable spot to aim for its first league title in almost 30 years.

However, supporters are concerned that the Black Sea side is experiencing a downturn in its performance, with the team being held to draws in three of its last four games.

A 1-1 draw at home to Giresunspor was its second draw in a row, and the club desperately needs a win in Istanbul to convince its fans that the league trophy is still its to lose.

"Football is a game of probabilities, and that was in our destiny," said Trabzonspor assistant coach Orhan Ak following the Giresunspor game.

Ak was in charge of the team as coach Abdullah Avcı was serving a ban after being sent off in a 1-2 draw at Sivasspor on Jan. 15 following an argument with the referee.

"We are sad about the two points we dropped here, but the positive thing is our team played very well in the second half," Ak added.

"We seem to be in a good position in the league, but we must work harder."

Galatasaray, on the other hand, is going through one of its worst-ever league performances, and a change of guards has not had a positive effect on the team yet.

A 3-1 loss at home to Kasımpaşa on Jan. 20 was the Istanbul club's third league loss in a row, and second under coach Domenec Torrent, who replaced club legend Fatih Terim last week.

Having seen just one win in the last 11 league games, the supporters now blame the club administration and chairman Burak Elmas.

The spectators in the Kasımpaşa game ripped of...