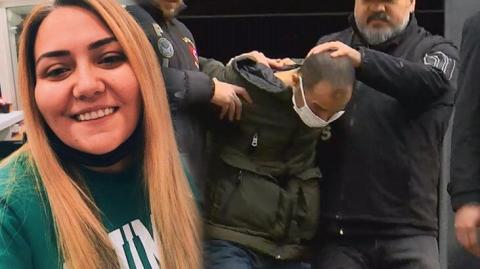 With the femicide problem in the country aggravating and people taking to social media expressing their deep concerns, a new femicide case of a nurse who got shot by a man who stormed into a family health care center in Istanbul has triggered a nationwide wave of anger.

Ömür Erez, a 33-year-old nurse working at a family health care center in Istanbul's Kartal district was killed by Rahmi Uygun, a former convict with a record of more than 20 crimes, including deliberate injury, threat and deprivation of liberty.

While Erez died in hospital where she was taken after seriously being injured in the head, Uygun, who fled following the incident, was caught in Istanbul's Bağcılar, a district approximately 50 kilometers from the crime scene.

He reportedly had been harassing the nurse for a while.

While the suspect confessed to committing the murder in his first statement at a police station, officials determined that Uygun was brought to Istanbul by one of his friends from the Central Anatolian province of Konya.

It is being investigated whether the other person was involved in the murder.

"All the necessary investigations are being carried out meticulously in order to reveal the material truth in all aspects and to take legal action against all those responsible," said in a written statement released by Istanbul Anatolia Chief Public Prosecutor's Office, as the brutal details about the murder are being headlined.

The latest case of a femicide once again has triggered a wave of anger in Turkey where a woman is killed by someone she knows almost every day.

Some 18 women were murdered only in the first 20 days of 2022, according to the Kadın Cinayetlerini Durduracağız Platformu (We Will Stop Femicide Platform), a women...