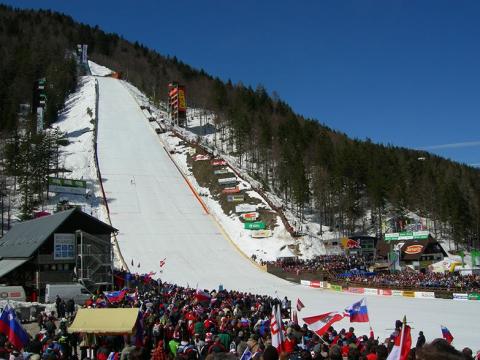 Titisee-Neustadt – Slovenia’s Anže Lanišek scored two second place finishes in the men’s Ski Jumping World Cup event in Germany’s Titisee-Neustadt on Saturday and Sunday, with German Karl Geiger outclassing him both times. This was the third podium finish for the 25-year-old in a row in the current season and the 11th career podium finish.

Two other Slovenians finished among the top 10 – Cene Prevc was sixth with 268.7 points and Lovro Kos was seventh with 267.5 points.

“Good jumps and another podium finish. I was a little bit short of a win, but it doesn’t matter, I’m still happy with the second place,” Lanišek, who has one World Cup win in his career, earned in Finland’s Kuusamo in November 2021, said yesterday.

The Slovenian followed it up with another second place finish at the venue today, scoring 280.5 points, as he conceded the win to Geiger (282.7) again, while Eisenbichler (275.3) was third.

Two other Slovenians finished among the top 10 today, as Timi Zajc finished sixth with 260.1 points and Peter Prevc finished eighth with 256.1 points.

Lanišek climbed to the 5th in the overall World Cup rankings ahead of the two events to be held next week in Willingen, the last in the World Cup before the break for the Winter Olympics in Beijing.