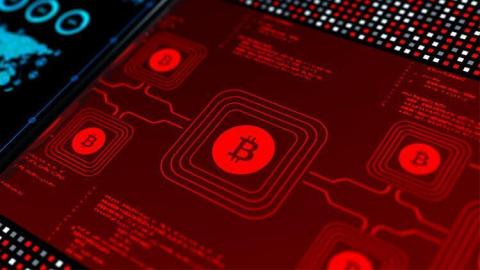 Commenting on their meeting with AKP deputy parliamentary group leader Mustafa Elitaş on Jan. 20, Paribu CEO Yasin Oral said: "We believe that it would be for the benefit of both the crypto asset ecosystem and the country's interests to put under regulatory audits those entities which have obtained an establishment license from authorities, have a paid-in capital, have been operating with their own technology infrastructure in Turkey and do not generate income without paying taxes."

"We also think that technical and legal aspects of security token offerings also should be taken into the scope of a regulation. If we can put into practice an inclusive, facilitating and user-saving regulation we will be able to grab the opportunity and empower the Turkish economy," he told a group of reporters after the meeting.

A law proposal to regulate local cryptocurrency exchange platforms is expected to be submitted to the Turkish parliament in the following weeks.

"We will continue to speak with several stakeholders," said Elitaş after the Jan. 20 meeting with representatives of Paribu, Binance Turkey and Btc Turk.

He reiterated they would prefer a framework law text in order to leave room for quick amendments with guidelines in a rapidly changing environment. He also strongly denied that a 40-percent tax would be imposed on cryptocurrency earnings.

Recalling that they have already been paying taxes for all transactions and other operations, cryptocurrency platform...