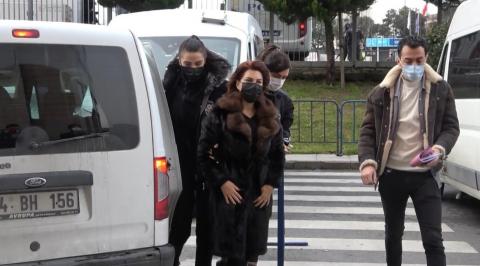 A Turkish TV journalist was arrested late on Jan. 22 for comments she made on air about President Recep Tayyip Erdoğan.

Within the scope of the investigation started by the Istanbul Prosecutor's Office, police detained Sedef Kabaş at 2 a.m. on Jan. 22.

Appearing in court, Kabaş said she had no intention to "insult the president."

"The origin of what I said is a proverb. I even changed the proverb while saying it, so I did not mean any insult," she added.

She said she was not guilty and asked for her release on bail. Kabaş's lawyer, Uğur Poyraz, also demanded a judicial control decision.

According to Demirören News Agency, the judge ruled for her arrest, noting that there was a "high risk" that she could flee.

The crime of insulting the president carries a jail sentence of one to four years in Turkey.

"I curse those ugly words targeting our president who is elected by public vote," said Justice Minister Abdülhamit Gül.

"A so-called journalist is blatantly insulting our president on a television channel that has no goal other than spreading hatred," the presidency's director of communications, Fahrettin Altun, said on Twitter.

"I condemn this arrogance, this immorality in the strongest possible terms. This is not only immoral; it is also irresponsible," Altun said.

Devlet Bahçeli, the leader of the Nationalist Movement Party (MHP), gave support to the AKP, naming Kabaş a "hired gun." "The unforgivable insult is a corrosion that has nothing to do with democracy and journalistic ethics," he added.