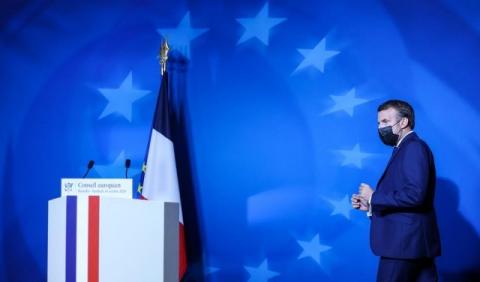 In France, vigilance is more intense every five years because there is a greater cyber threat before the presidential election, and it is the same now.
The spectrum of threats is very large - disinformation campaigns, attempts to influence communities of foreign origin in France, cyber attacks on the sites of state bodies or parties, data theft and leaks of information about government projects or political programs.
Experts estimate that the threat has been constant for years and will not subside.
Five years ago, the presidential election in France was marked by several disinformation and hacking campaigns. At the end of 2021, the French authorities launched the Viginum structure in charge of detecting suspicious foreign digital activities. That body was placed under the jurisdiction of the General Secretariat for Defense and National Security.
Viginum should play the role of a whistleblower in case of suspicious activities on social networks. It will then pass this information on to the relevant ministries and services. Unnamed sources in the French press mentioned Russia, Turkey and even Iran as sources of threat. According to those sources, Russia is a possible threat amid tensions with Western countries over Ukraine.
"Turks are extremely active, convinced that France is a country of persecution of Muslims. And they strongly dislike (President Emmanuel) Macron," the sources said. Analysts believe that it is unlikely that China will be interested in France this year because of the internal agenda, as the congress of the Communist Party of China, among other things, is scheduled to take place in the fall.
"For China, France is a moderate country in the European Union, on which it might want to rely at some point," the same...