Bulgaria Remains at the Bottom of the Corruption Index 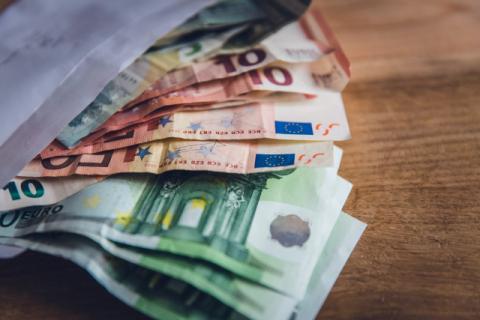 "Foreign investments have decreased by 50% over the past year, and this is a good litmus test," Kalin Slavov, executive director of Transparency International, told BNR before the presentation of the International Corruption Perceptions Index for 2021.

"And these are not direct foreign investments, but reinvestment of Bulgarian money from foreign companies, which they have earned in Bulgaria. There is no better reference point for the direction of movement", commented Kalin Slavov.

Our country is included in the 24th consecutive survey.

"The trend is downward, starting to point to one of the lowest historical values ​​we have had. I just hope it doesn't start to turn into a spiral. Right now is the moment when we have a chance to try to turn it in that direction, with new energy in the direction of fighting corruption," Slavov said.

According to him, the negative trend from last year can be explained - for a long time the executive branch was without parliamentary control, we had a pandemic year in which governments - and globally - expand their interference in civil rights, restrict access to information.

He drew attention to "trends in the privatization of state resources that we did not think could happen."

With the toll system and eco-stickers and clean air systems, for example, are created in which there is control over public resources in favor of private interests, Slavov gave an example.

"It simply came to our notice then. Before us is only Hungary, which is the black sheep of the EU at the moment," he commented on our place in the Union.

Slavov clarified that we are steadily below the line of the 50 points - a border, "showing at all some ability of a...