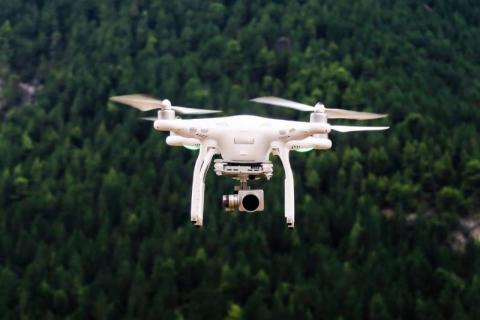 Ljubljana – Slovenia’s Civil Aviation Agency has recorded 17 infringements in 2021 that were related to flying unmanned aerial vehicles, commonly known as drones, and 9 cases concluded with fines in the combined amount of EUR 10,900.

In addition to the Civil Aviation Agency, the police and municipal traffic wardens are also responsible for monitoring all activities related to flying drones in Slovenia under new European legislation.

Both the police and the agency have started monitoring drones and their pilots immediately after the new legislation came into force, also carrying out several joint surveillance actions, and they plan to expand such activities this year, the agency said on Tuesday.

They added that they had received multiple reports of infringements connected with flying drones in the second half of last year, mostly by individuals or police departments.

“A total of 17 infringement proceedings were completed – fines totalling EUR 10,900 were imposed in nine cases, reprimands were issued in five cases and warnings in three cases,” the agency said in a press release.

They explained that the most common infringements include flying in geographical areas where drones are prohibited or restricted, which carries a fine of EUR 2,500, adding that an interactive map of these areas can be found on their website.

The agency also noted that several persons who were fined had not been properly registered as drone operators, and called on all drone users who have not yet been registered or received appropriate training as required by European rules to do so as soon as possible.

The post EUR 11,000 in fines issued for drone infringements in 2021 appeared first on Slovenia Times.