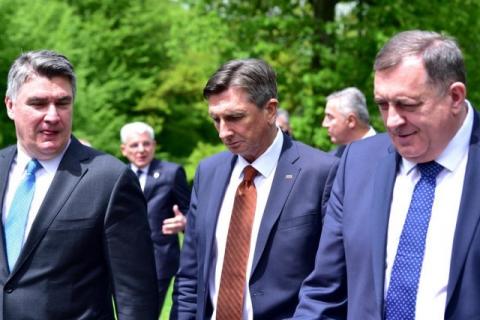 He also said that Milorad Dodik, the Serbian member of the Presidency of Bosnia-Herzegovina, spreads ethnic hatred, but also that "there are many worse than him".
"The celebration of RS Day is the worst possible chosen date, followed by horrible crimes, and celebrating it as the sacred conception of a parastate is politically immoral. RS should have been destroyed militarily. RS was created in Dayton, it was signed by Tudjman, as well, so I accept that, and that's all", Milanovic told reporters, as reported by Jutarnji list.
"Neither Dodik nor Putin is an ethno-nationalist, they are people who spread ethnic hatred... Pupovac is irrelevant in the whole story. And there are many worse ones than Dodik. One of the possible interlocutors is Bakir Izetbegovi," said Milanovi, talking about the situation in Bosnia and Herzegovina".

A new threat is coming from Russia: "We will present - for the first time..."

"I would like to mention the air raids on Yugoslavia. They trampled on everything"