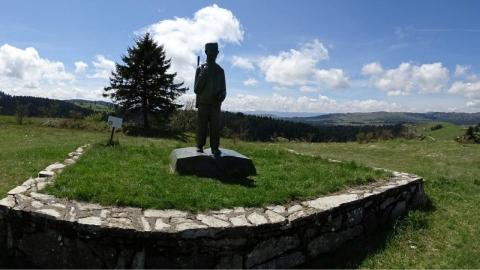 The state's second attempt to sell off the bankrupt Putnik Prijepolje tour company and its assets, including the Bosko Buha memorial complex in the south-western Serbian municipality of Prijepolje, was halted on Tuesday, with no reason given.

The sale was scheduled for Friday but the Bankruptcy Supervision Agency, which is in charge of state-owned companies that have declared bankruptcy, said on Tuesday that it has decided to "cancel the sale of the real estate of the bankruptcy debtor… and to withdraw the announcement for the sale of its [property] units".

The memorial complex, named after teenage Yugoslav Partisan fighter Bosko Buha, was built in 1964. Buha was killed in a Chetnik ambush in 1943, at the age of 17, and was posthumously decorated as the youngest People's Hero of Yugoslavia.

The memorial has the status of Immovable Cultural Property of Exceptional Importance in Serbia, and historians and activists strongly criticised the attempt to privatise it.

The Ministry of Culture then told N1 TV on Monday evening that it was calling on the authorities "to react urgently and take appropriate measures to suspend the sale".

The Agency told BIRN on Tuesday that it cancelled the bid and withdrew the sell-off announcement "to determine further steps… in order to find the best solution and achieve the highest degree of settlement for the bankruptcy debtor's creditors".

It also insisted that "from the point of view of the protection of immovable cultural property, there are no obstacles or impediments to the implementation of bankruptcy proceedings".

Milovan Pissari, a historian from the Belgrade-based Centre for Public History, said that sell-off itself is not as much of a problem as the fact that the memorial complex...