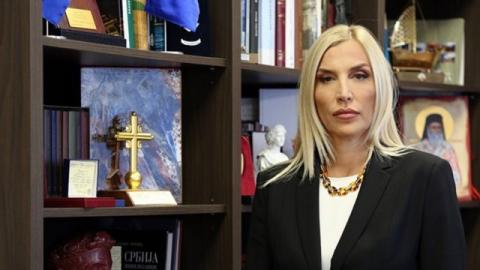 Sonja Toskovic from the Belgrade Centre for Human Rights said that Serbia breached international and domestic human rights obligations by deporting a Bahraini national to his home country despite an interim ruling by the European Court of Human Rights saying that the extradition should be postponed until the Strasbourg court completes its proceedings in the case on February 25.

"This is a historic moment, since it is the first time that an ECHR has not been respected [in Serbia]. This never happened before. It just shows that Serbia is a 'captured state' in which there is no legal safety or any actual rule of law," Toskovic told BIRN.

Serbia extradited the political dissident to Bahrain on Monday, ignoring the Strasbourg court's ruling, which was issued in response to a request by the Belgrade Centre for Human Rights and the man's lawyers.

He had been held in pre-trial detention in Serbia since November 2021, and he expressed the intention to seek asylum during the extradition procedure, claiming that he was at risk of being subjected to torture and political persecution if returned to his country of origin.

The unnamed man had been detained and tortured by the Bahraini security forces because of his opposition to the regime. According to the Belgrade Centre for Human Rights, he sustained severe physical injuries during the protests in 2011 in Bahrain's capital Manama, when the police and army killed five and wounded around 250 people.

He was sentenced in absentia to life imprisonment in two separate trials, in 2013 and 2015.

There were nine other defendants in the 2015 proceedings, three of whom were sentenced to death and executed in 2017. The UN, the European Parliament and international human rights organisations...