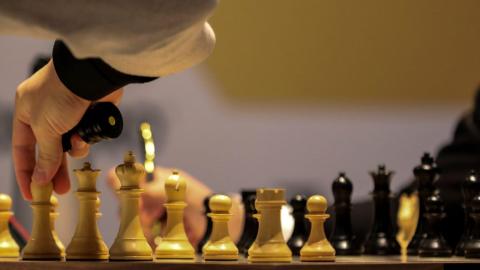 Serbia discriminated against four blind chess players who won medals at Blind Chess Olympiads by excluding them from awards and benefits that were granted to sighted players, the European Court for Human Rights announced on Tuesday.

The Strasbourg-based said that the Serbian authorities "clearly exercised their discretionary power in such a way as to treat differently the sighted and the blind chess players despite them winning similar international accolades".

The court ordered Serbia to give each applicant 4,500 euros in compensation and pay them the accrued amount and any future benefit payments due if they had been a sighted chess player who had won a medal at a Chess Olympiad.

Four blind chess players, Dragoljub Baretic, Branko Negovanovic, Sretko Avram and Ziva Markov, won a number of medals for Yugoslavia, as part of the national team, at the Blind Chess Olympiads between 1961 and 1992.

In 2006, Serbia adopted a Sporting Achievements Recognition and Rewards Decree, which established a national recognition and rewards system consisting of an honorary diploma, a lifetime monthly cash benefit, and a one-time cash payment. However, the decree omitted to recognise or reward achievements at Blind Chess Olympiads.

The Serbian government argued that the decree "pursued a justified objective, specifically the recognition of only the highest sporting achievements in the most important competitions".

When deciding which sports should be included, the government included criteria such as "the popularity of the sport and its tradition in Serbia" and "its contribution to the 'development and affirmation' of the country's reputation".

But the Strasbourg court said that "while it was obviously legitimate for the Serbian...