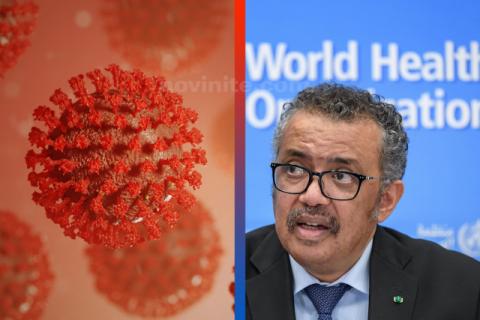 Tedros Adhanom Gebreyes - one of the most recognizable figures in the global battle against covid, has no competition for the presidency of the organization, AFP reported.

The first African-born leader is expected to receive approval for his candidacy and continue to head the WHO.

All 194 WHO member states will have the floor in May when it will be decided whether the former Ethiopian Minister of Health and Foreign Affairs will continue to head the organization, which he took over in 2017.

As the only candidate, there is no doubt that Tedros will be re-elected.

Since Covid-19 exploded on the world stage more than two years ago, the 56-year-old malaria expert has received much praise for his way of leading the WHO through the crisis.

In particular, African countries are pleased with the attention, that the continent received, and the campaign for poorer nations to gain better access to covid vaccines.

Meanwhile, the main criticism of the president comes from his own country.

WHO: Europe is Probably on the Verge of an End to the Pandemic

The Ethiopian government has repeatedly been annoyed by his comments on the humanitarian situation in his home region of Tigray, which has been in conflict for 14 months.

After Tedros described the situation there as "hell" earlier this month and accused the government of not allowing drugs and other life-saving aid to reach desperate locals, Addis Ababa demanded that he be investigated for "misconduct, unprofessional behavior and legal liability".

Despite Ethiopian resistance, 28 countries in Europe, Africa, Kenya and Rwanda backed Tedros' candidacy. The United States also strongly supports the head of the WHO.