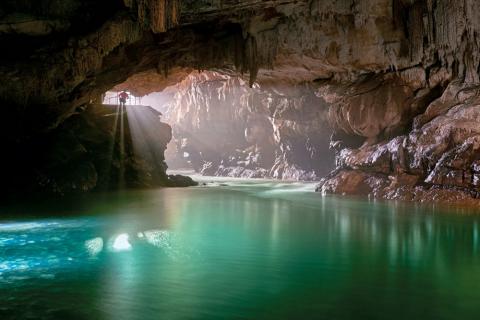 Ljubljana – Tourist arrivals in Slovenia increased by 31% in 2021 to reach just over four million, while overnight stays were up by 22% to 11.3 million, show data released by the Statistics Office on Tuesday.

Both figures are still far behind the records of 2019, when Slovenia reported 6.2 million arrivals and 15.8 million overnight stays

Domestic tourists accounted for 2.2 million arrivals last year, an annual increase of 17%, and 6.5 million overnight stays, an increase of 10% over 2020.

While the Slovenian tourism sector catered to more domestic guests, to a significant extent due to tourism vouchers issued to all citizens, there was a significant number of foreign tourists as well.

The contribution of vouchers and government measures to help tourism was also highlighted by Economy Minister Zdravko Počivalšek.

“For the continued turnout by both domestic and foreign visitors it is important that they should know that tourism providers in Slovenia offer safe and quality services and welcome all guests with a great deal of hospitality,” commented the minister.

“Successful tourism will, by virtue of multiplier effect, contribute to higher economic growth this year and in the future,” Počivalšek was quoted as saying in a press release of the Slovenian Tourist Board.

The board’s acting director Ilona Stermecki added that Slovenian citizens would be encouraged to spend holidays at home this year as well.

Promotional campaigns will focus on active outdoor and sports tourism. A further focus will be on digitalisation of tourism and tapping on Slovenia’s potential for tailor-made tourism offerings.

Tourists generated the most overnight stays in mountain resorts, almost 3.5 million, followed by seaside resorts and health or spa resorts with just over 2.6 million and 2.5 million, respectively.

The most popular type of accommodation were hotels, which accounted for just over 4.5 million overnight stays, followed by private accommodations with almost 2.7 million and camping sites with almost 1.8 million.

The post Tourist arrivals up by 31% in 2021 appeared first on Slovenia Times.