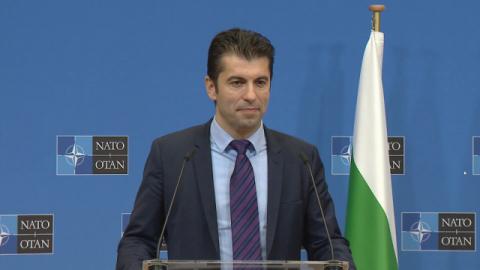 Prime Minister Kiril Petkov convened an emergency Security Council yesterday. The reason was the escalation of tensions between Ukraine and Russia. The participants in the meeting presented to the Prime Minister an analysis of the geopolitical situation, as well as possible measures discussed within NATO to demonstrate solidarity on its southeastern flank. The Prime Minister was adamant that all decisions taken by the government will be in line with the development of the situation and the possible escalation of the conflict, including measures to avoid negative economic effects. He stressed that Bulgaria is a loyal ally in the Alliance and unity is the strongest response.

At the same time, the United States has put 8,500 US troops on high alert. On Monday evening, US President Joe Biden also held video conferences with European leaders.

The United States has put 8,500 troops on High Alert to be Sent in Europe

And long before the beginning of the Security Council in our country, Prime Minister Petkov made a statement that Bulgaria's position is for a peaceful solution to the situation.

"Obviously the tension is rising, we all see it, but I wouldn't say war is coming. We will be, as I have repeatedly said, a constructive partner and ally in NATO and the European Union," Petkov explained.

Hours later, before the Defense Commission, Defense Minister Stefan Yanev guaranteed that there is no threat to our country.

"Neither Russia nor any other country is going to invade Bulgaria. We do not expect an invasion of Bulgarian territory," he explained.

Ministry of Defense: Bulgaria is a...