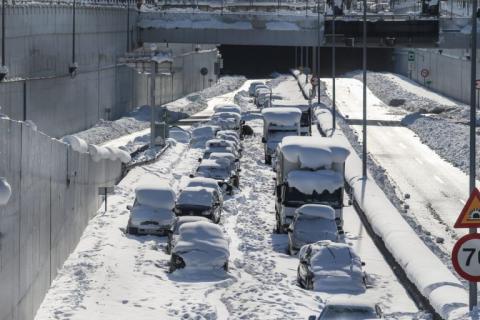 When the management of a major crisis does not go well, or at least not as well as possible, two things must happen. The first is to seek responsibilities and the second is to take measures to correct weaknesses.

The spectacle of thousands of stranded drivers on the major Attiki Odos motorway is absolutely unacceptable for any European country.

The company that has the concession must explain why it did not avert the problem and why then it failed to manage it, as it had in advance informed the government than it would. The government has been criticised for believing the company.

There were also other charges, which when things return to normalcy must be answered persuasively.

The argument that the previous SYRIZA government was worse is not enough.

The public demands of people in operational positions to do their job as well as possible. It accepts their apology and admission that they made mistakes but also expects them to learn from their mistakes and not repeat them.

The government must not just be satisfied with the company's monetary compensation to those who were stranded and suffered hardship. It must convince citizens that the deficiencies in organisation, equipment, and coordination will be corrected.

There will be more weather crises in the future that will likely be more intense due to climate change.

Such a shameful event must not be repeated.