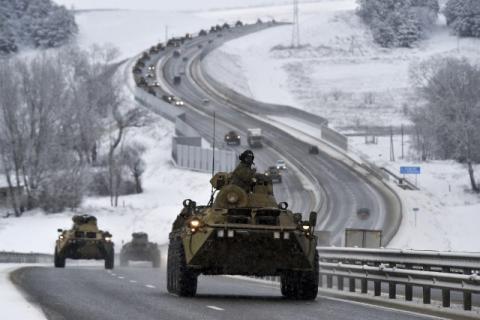 The question is whether it is possible for the two great world powers to reach an agreement, i.e. to avoid a conflict, but also whether Serbia will be asked to choose sides if a conflict occurs.
Mladen Lisanin, a researcher at the Institute for Political Studies, told RTS that Vladimir Putin knows that the United States cannot agree to Moscow's demands in the form in which they are presented.
"Their requests are maximalist with the intention of reaching the smallest common denominator through a process that will be somewhat more painful and dangerous," says Lisanin.
The goal is to stop NATO expansion, and Lisanin believes that Putin's administration would be ready to give up explicit wording that would be a slap in the face that the United States would not agree to, in favor of an elegant wording: that there will be no deadly NATO forces deployed.
"It is a compromise that means that Russia would not have to give much, but it could gain a lot. The United States would have to give in, in the long run, but in the Biden administration, they would consider it a gain, not a loss," says Lisanin.
He adds that the talks between Washington and Moscow are not something that will initiate a war, but central Kiev authorities could launch an attack on the eastern regions, and Washington and Moscow can agree on that, if there is reason in Washington to influence Zelensky", a researcher at the Institute for Political Studies states.
Nedeljnik journalist and columnist Ljiljana Smajlovic says that the current president of the USA, Joe Biden, is a weak president, but also that he has to show his teeth because of that, which poses a danger for the current situation in Eastern Europe.
On the other hand, Russian President Vladimir Putin,...