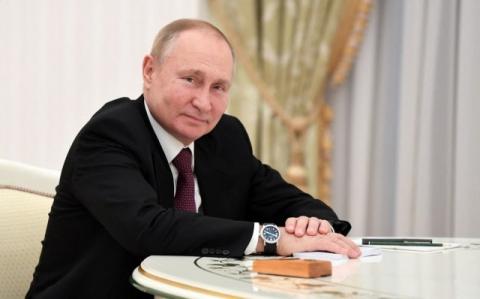 It's a confusing time for Americans when it comes to world affairs, with the government explaining on the one hand why it was time to pull out of Afghanistan, but on the other why it's also time to stand up for Ukraine, on which eastern border Ukraine has amassed more than 100.000 troops.
It's a time when Americans want their military less committed abroad. NATO is feeling the heat. Autocracies with an eye on expansion, like Russia and China, are getting bolder and acting like allies.
The era of America the superpower is being tested in new ways across the globe, CNN reports.

Exactly 30 years after the fall of the Soviet Union, Russia is maneuvering to encroach further into Ukraine, one of its former republics. A post-Soviet growth of NATO is Russian President Vladimir Putin's prey.
The Biden administration has put 8.500 US troops on heightened alert for deployment to Eastern Europe as a deterrent to Russia and assurance to NATO countries.

American influence needs buttressing. To unify NATO countries against Russia, the US is also playing the role of energy broker, seeking guarantees of fuel from the Middle East and Asia to blunt Russia's leverage as a top supplier of natural gas to Germany.

China is testing the autonomy of Taiwan, the self-ruled island it has long coveted, with repeated air force missions close to Taiwan. The largest such incursion this year came the day after the US, along with Japan, moved a flotilla of Navy ships into the Philippine Sea as part of a training exercise.

Bases housing US troops in Iraq and Syria have been attacked this year. This week, US Patriot missile defenses joined with the United Arab Emirates to...