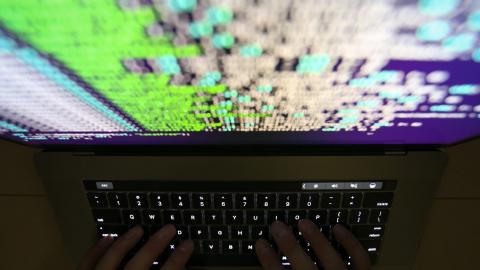 Online media critical of Albania's government claim that the cyber attacks that targeted them recently were likely coordinated, and possibly linked to Tirana Mayor Erion Veliaj.

They told BIRN that they suspected that the attacks happened because they published a taped conversation in which Veliaj can be heard using slurs, coarse language and threats when speaking to regional football officials.

They said the attacks made it difficult for the public to access their webpages, and that the attacks looked coordinated.

Brahim Shima, director at Ora News, a broadcaster based in Tirana, told BIRN he believed that the attack had been deliberate.

"The attack was completely intentional, to make it as difficult as possible to access the news at Ora News. There were previous attempts to hack the site, but the attack launched in January was aimed at reducing it, or maximizing our difficulty in disseminating news," Shima told BIRN.

He added that they connected the attack to the battle between the Albania Football Federation, FSHF, and the Tirana Mayor over elections for a new head of the football governing body.

"We do not have concrete facts, but [we believe] everything has to do with pressure from Mayor Veliaj towards the FSHF," he added.

"The company that provides us with online activity informed us about a special attack, which was not done by hackers but by buying IPs abroad, so artificially increasing traffic, so that the server could not cope and the site could not be accessed," Abilekaj told BIRN.

"From the investigation we did with colleagues who had the...