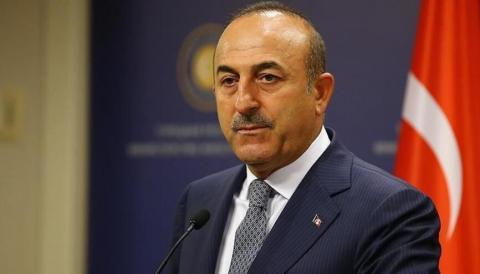 Ankara and Moscow are working to determine the date for a visit by Russian President Vladimir Putin to Turkey where discussions will also focus on tensions in eastern Ukraine, Foreign Minister Mevlüt Cavuşoğlu said on Jan. 27, pointing out the aftermath of the Russian leader's participation in the Beijing Olympics.

"We do not want a conflict between Russia and Ukraine. We especially want the dialogue between the Russian Federation and the U.S. to continue," Çavuşoğlu said, speaking at a joint press conference with Sylvie Baipo Temon, the Central African Republic's minister of Francophonie and Central Africans abroad.

President Recep Tayyip Erdoğan invited Putin to Turkey for the Strategic Cooperation meeting, but January did not fit, Çavuşoğlu said. The Kremlin has announced that the date will be given after Putin returns from the Beijing Olympics, he said.

Regarding the Russia-Ukraine tension, Çavuşoğlu said: "We have repeatedly expressed our opinion. We have said that such tension should not turn into a conflict. Our desire is for this dialogue to continue. While we conveyed these suggestions to both Russia and Ukraine, we also shared our solution proposals for this situation on international platforms."

Stating that the normalization process initiated with Armenia and supported by Azerbaijan continues with confidence-building steps, Çavuşoğlu stated that in this context, the special representatives of the two countries held their first meeting in Moscow.

"[Armenian Prime Minister Nikol] Pashinyan said that the people we invited can join the ADF. We will be...