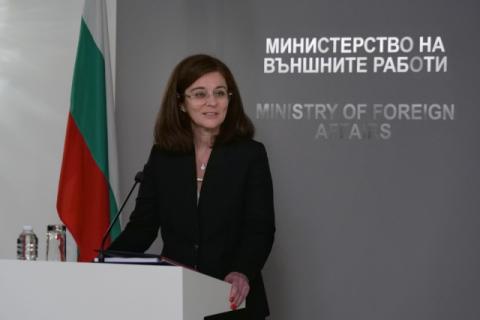 The main risks facing Bulgaria are related to security in the Black Sea region, as well as hybrid and cyber-attacks. This was stated by Foreign Minister Teodora Genchovska in connection with the Russia-Ukraine conflict and NATO-Russian tensions during an extraordinary session of parliament scheduled at the request of GERB.

Overview: Where does Bulgaria Stand in the Tense Situation between NATO, Ukraine and Russia

Teodora Genchovska presented the position of the Ministry of Foreign Affairs:

"A meeting of the NATO-Russia Council was held on January 12 to persuade Russia to de-escalate the conflict. Bulgaria and other allies have stated their readiness to comply with international security laws."

"Russian proposals that violate the international order will not be discussed. It remains to be seen to what extent Russia intends to engage in a constructive dialogue."

"We, as allies, agree that we are ready to respond decisively, if necessary, including by strengthening and strengthening the defense capacity and presence of the Alliance."

"The participation of Allied forces demonstrates Allied solidarity. Bulgaria, as a Black Sea ally, contributes to NATO's defense potential. The Black Sea region is strategically important for the security of the Alliance."

"Bulgaria forms its position on the basis of national...