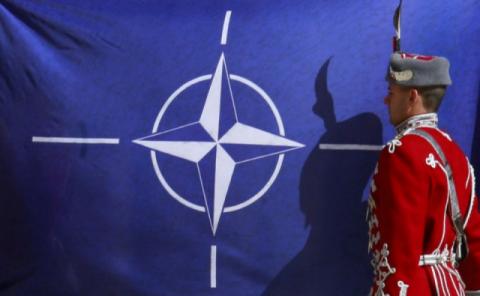 "This toothless policy is being passed on to another government. Bulgaria has always tried to be friends with everyone, which is really impossible in this situation. There is a serious antagonism between the warring parties. We need to present our position more clearly." Milen Keremedchiev, a former deputy foreign minister who analyzed Bulgaria's position on the NATO-Russia crisis and tensions in Ukraine, expressed this opinion on the Bulgarian National Radio.

Overview: Where does Bulgaria Stand in the Tense Situation between NATO, Ukraine and Russia

Keremedchiev described the Bulgarian position expressed by the ruling party as normal, compared to the harsh and extreme position of the Croatian president.

"We are dramatically lagging behind the general trend of increasing the fighting capacity of the army," said Keremedchiev, drawing a parallel with Greece and Romania.

"Bulgaria is the weaker link in NATO's eastern wing. Being a softer unit, we are vulnerable to possible provocations. The thinner connection is easily broken in the event of an escalation."

"The rattling of weapons raises the price of fuels - oil, gas," said Milen Keremedchiev. According to him, "it is normal for Russia to play with energy sources in the winter when it is strongest with this."

"Germany will have a key position with the new Bulgarian government regarding Europe's policy in this conflict," Keremedchiev said.

"Germany is currently one of the countries that is deterring the United States from imposing much tougher sanctions,"