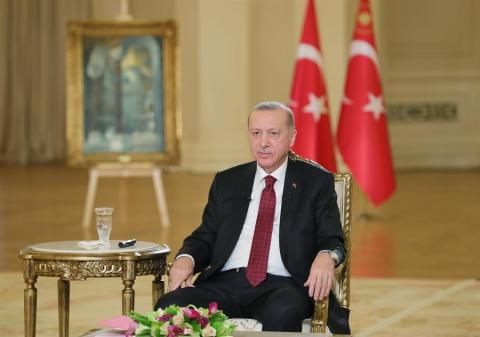 Israeli President Isaac Herzog will pay an official visit to Turkey in February, Turkish leader Recep Tayyip Erdoğan announced on Jan. 26, hailing it as a chance to mend frayed relations with the Jewish state.

"This visit could open a new chapter in relations between Turkey and Israel," Erdoğan said in an interview with Turkey's NTV channel, adding that he was "ready to take steps in Israel's direction in all areas, including natural gas"

Relations between Turkey and Israel froze over after the death of 10 civilians in an Israeli raid on a Turkish flotilla carrying aid for the Gaza Strip in 2010.

In recent months, however, the two countries have been working on a rapprochement, with Erdoğan, a vocal supporter of the Palestinian cause, holding telephone talks with Herzog and other Israeli leaders.

The Turkish strongman had already said last week he was prepared to work with Israel on reviving an old project to ship Mediterranean gas to European clients via Turkey.

Turkey had strongly opposed the project, which was supported by the former administration of U.S. president Donald Trump.