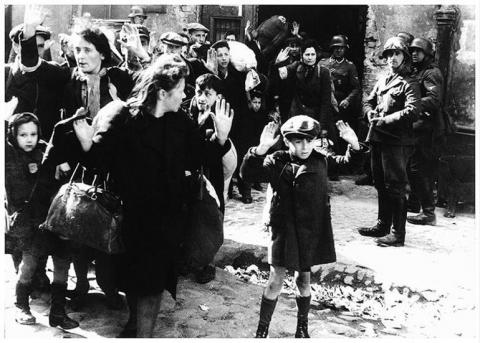 The Turkish Foreign Ministry has marked the International Holocaust Remembrance Day "paying respect to millions of Jews, Roma people, disabled persons as well as targeted minorities and groups systematically murdered by the Nazi regime and its collaborators."

The Ottoman Empire and Turkey had been a safe haven where millions of people, including Jews, who were persecuted in different parts of the world throughout history, took shelter, said the written statement.

"A considerable number of Jews were saved from being sent to concentration camps thanks to the determination of the Turkish Government and the remarkable efforts of Turkish diplomats," it stated.

"We also take this occasion to honor the memories of Turkish diplomats who extended a helping hand to those victims," the ministry noted, adding Holocaust victims will be commemorated in an online ceremony this year due to increasing COVID-19 cases.

Turkey maintains its uncompromising stance against anti-Semitism, xenophobia, racism, anti-Islam and all forms of intolerance and contributes to international cooperation in the fight against hate-based speech and crimes, the statement read.

Meanwhile, President Recep Tayyip Erdoğan on Jan. 26 said Israeli President Isaac Herzog would pay an official visit to Turkey in February, and he hailed it as a chance to mend frayed relations with the Jewish state.

"This visit could open a new chapter in relations between Turkey and Israel," he said in an interview with Turkey's NTV channel, adding that he was "ready to take steps in Israel's direction in all areas, including natural gas."

Relations between the two countries have...