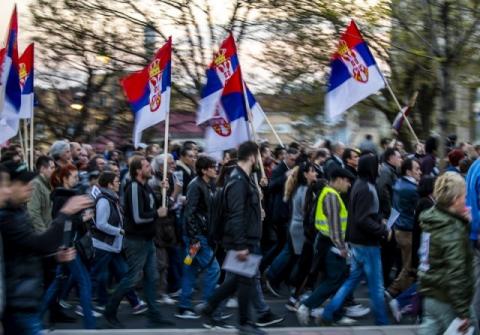 The negative population growth reached the number of as many as 74.000 people, Natalija Miri, an assistant professor from the Department of Demography at the Faculty of Geography in Belgrade, told Tanjug TV, commenting on the data from the Republic Bureau of Statistics.
According to these data, our country has had the highest death rate so far - 135.901, which is 18.2 percent more than in 2020.
Miric stated that official data show that the death rate in 2021 increased by about 21.000 compared to 2020, when around 114.000 people died.
She mentioned that in 2021 and 2020, the elderly are certainly the most affected by COVID and other diseases. According to her, there are no officially published data on mortality for 2021 by age, sex and causes, but based on 2020, it can be seen that about 70 percent of that increase in mortality is contributed by COVID-related diseases.
She says that in 2021, there was a very slight increase in the number of births, which is almost negligible. According to the SSO, 62,062 children were born in Serbia last year, which is 0.6 percent more than in 2020, compared to 61,693 live births in 2020.
"Based on that, we can say that last year the negative growth population reached minus 74.000, which means that last year so many more people died than were born," she said, adding that demographic trends are also very unfavorable. As she said, in 2020, the negative population growth was 55.000 people.
"So, in just one year, the unfavorable demographic trend has deepened greatly," Miric pointed out. She emphasized that in 2021, the largest increase in mortality was recorded in the entire post-war period, and noted that the fact is that we have been facing unfavorable trends for decades.
As she said,...