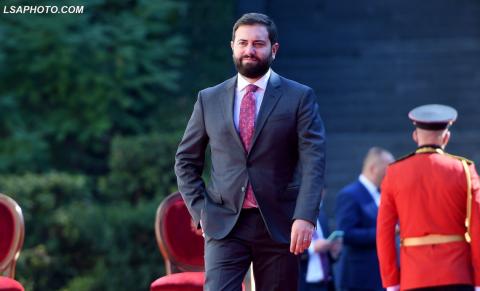 A BIRN Freedom of Information Request has revealed that Prime Minister Edi Rama on 29 September last year appointed his own former spokesperson, Endri Fuga, as head of the newly established Media and Information Agency, MIA. The appointment was not published and was disclosed only recently following the FOI request.

The establishment of the MIA has alarmed rights organisations, who fear it will enable the government to further stifle freedom of the media and further reduce media access to government.

Fuga has been a spokesperson for Rama since at least a decade ago, when Rama was still Mayor of Tirana. For a short period he was the Socialist Party chairman.

"The General Director of the Media and Information Agency, Endri Fuga, has been appointed by order of the Prime Minister, No 96, on 29.9.2021," the written answer to BIRN's FOI reads.

The new agency will have a staff of some 61 and its job includes producing print and audiovisual materials to promote the work of the government and to "monitor means of mass communications" for assessing public opinion on the government. The new agency director will have "the level of State Minister," the decision reads.

The agency will control all government communications, including that of separate ministries and other state agencies. It will hire and fire PR officers in any state institution and will organise the press conferences of any minister.

The government has awarded the agency office space at the Palace of Congress, a Communist-era palace in Tirana.

Rights organizations have condemned the creation of the agency, noting the established practice of the government of producing its own "news" and of banning journalists or video reporters from following its activities...