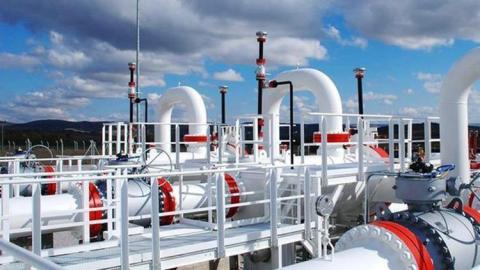 The Azerbaijani state oil company, SOCAR, has agreed to import additional amounts of natural gas to Turkey amid a cut in the flow from Iran, a senior official of the company has said.

"We have already responded to Turkey's request, and having mobilized the available capacity, gas exports from Azerbaijan to Turkey will be increased in accordance with the arising needs," deputy head of public relations of SOCAR company, Ibrahim Ahmadov, wrote on Facebook.

Ahmadov also expressed his belief that this step will contribute significantly to the strengthening and development of the Azerbaijan-Turkey friendship and brotherhood.

Meanwhile, having won the bid on the spot pipeline gas capacity reserve issued by the Energy Market Regulatory Authority (EPDK) on Jan. 26, SOCAR will supply Turkey with 4 million cubic meters (mcm) of natural gas per day in February.
National pipeline company Botaş will receive some 5 mcm of natural gas per day through the TurkStream pipeline next month, EPDK said on Jan. 26.
Turkey needs to meet growing gas demand due to record-level consumption during the extreme cold weather conditions. The country's natural gas consumption hit a daily record high of 290 million cubic meters on Jan. 20.
On the same day, Iran said that it would not send natural gas to Turkey between Jan. 21 and Jan. 31 due to a technical malfunction on the main pipeline.

Since last week, Turkey has been implementing gas cuts to the industrial zones and gas-powered electricity stations to ensure uninterrupted flow to households.
The Energy...