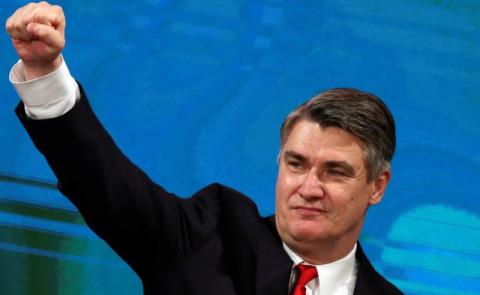 Croatian Foreign and European Affairs Minister Gordan Gordan Grlić-Radman strongly disagreed with the behavior of President Zoran Milanović, who described Ukraine as "the most corrupt country in the world".

"I call on every minister in our government to publicly distance himself from Milanović and emphasize that this is not the official policy of our government," Radman told the state news agency Hina. According to him, "there is an initiative in Ukraine that envisages Milanović being declared a persona non grata. This is an attempt to destabilize the government, which has caused enormous reputational damage to the country in the world."

Diplomat №1 of Zagreb recalled that "Milanović has managed to quarrel with Croatia and many countries, and because of his behavior, Croatian ambassadors to Bulgaria, Austria, Hungary and Bosnia and Herzegovina have been summoned to the foreign ministries."

On January 25, Milanović said: "Ukraine has no place in NATO because it is one of the most corrupt countries in the world, and in 2014, President Viktor Yanukovych was ousted by military coup." According to him, the crisis on the Russian-Ukrainian border is due to US domestic policy. Croatian Prime Minister Andrej Plenkovic has publicly apologized to Kiev authorities for Milanović's statement, stressing that "it has nothing to do with the cabinet's policy in Zagreb".

BGNES reminds that on May 19, 2021, the Croatian Ambassador to Croatia Jasna Ognjanovac was summoned to the Bulgarian Ministry of Foreign Affairs due to the statement of Zoran Milanović after the summit of Slovenia...