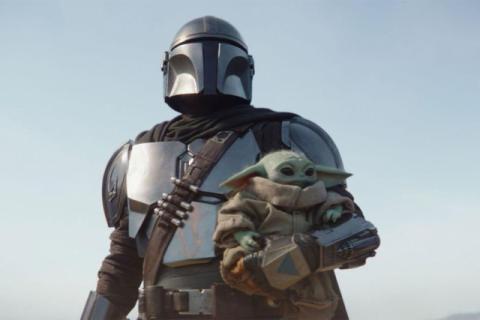 It is not yet clear what the monthly price will be for the platform, which will offer movies and series from Disney, Pixar, Marvel, Star Wars and National Geographic.

The streaming service of Walt Disney Company - Disney +, will debut on the Bulgarian market in the summer, the company announced. The platform is expanding its presence in 42 countries and 11 new territories in Europe, Africa and Asia.

Thus, Bulgarian users will now have access to all the most popular streaming platforms in the world: Netflix, Amazon Prime Video, HBO GO (which will eventually become HBO Max), Apple TV + and now Disney +. Details about the exact dates and price of the service have not yet been announced. The Bulgarian office of Walt Disney Company told "Capital" that as the launch of the platform approaches, they will share more details. It is still unclear whether all content will be translated or dubbed into Bulgarian.

The Disney + service was launched in the fall of 2019 and according to data for the fourth quarter of their financial year has 118.1 million subscribers. The platform is currently available in 18 countries in Europe. Their prices are 8.99 euros per month (7.99 pounds in the UK).

Disney + users will have access to Disney, Pixar, Marvel, Star Wars and National Geographic movies and series. In some international markets, the service is combined with the Star subbrand, which also offers content at 20th Century Studios (the studio was bought by Disney), Disney Television Studios, FX and Searchlight Pictures.

A few months ago, Disney CEO Bob Chapek said the company's goal was to bring its streaming service to more than 160 countries in fiscal 2023. "We know that the most effective way to grow our platforms around the...