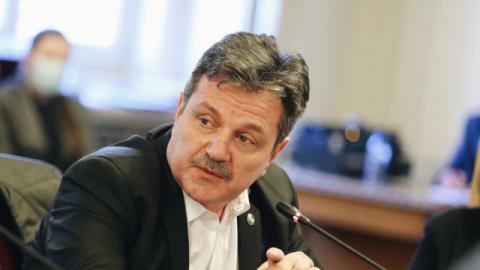 The measures in our country are also imposed on the vaccinated because there is a large number of people without immunization.

"From the very beginning of the epidemic, the actions of many people in power led to the hesitation of the Bulgarians. Two-thirds or 3/4 of the people in the country are against the measures," said the MP from Democratic Bulgaria Dr. Alexander Simidchiev on Nova TV. He commented on the fact that the restaurants in Sofia boycott the restrictions and do not close at 10 p.m.

In countries where there is a lower level of infection or less severe course of illness, measures can be relaxed. In our country, unfortunately, the population still remains at risk for serious illness and high speed of spread of the virus, said the pulmonologist.

Vaccinated people are 60% less likely to infect other people, but they still infect, that's why there is a PCR test for entering Bulgaria. The queues at Sofia Airport are the result of poor management - it's like in the store, if there are a lot of cash registers, no queues, if they don't work, people gather in one place, the doctor explained.

It is possible that antibodies will protect, but we have no scientific evidence for this, said Dr. Simidchiev.

And whether the epidemic will end in March - the problem is whether the virus will mutate, not in Bulgaria, because we are a small population, but whether we will not introduce a new mutation from abroad, explained the pulmonologist. We now have the ability to predict how and where COVID-19 will mutate. It is already possible to calculate which are the...