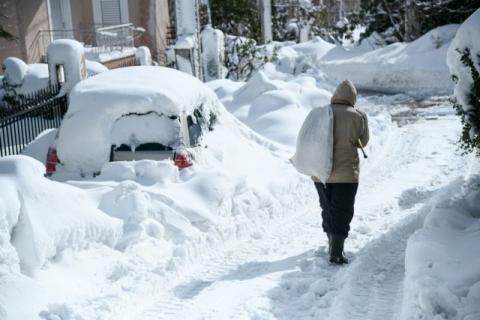 Another cold front, replete with a forecast of more and heavy snowfall and rains, along with gusty winds, was issued by Greece's weather service (EMY), in an urgent bulletin on Friday.

The warning comes days after another cold front, code-named "Elpis", dumped nearly a half meter of snow throughout the greater Athens area, causing a "paralysis" in the most populous and economically developed part of the country.

According to the weather service, heavy rains and strong storms will affect central and southern Greece as of Friday evening. Snow is forecast for the mountainous regions, while wind gusts will reach as high as 9 on the Beaufort scale. Heavy rainfall is also forecast along the western Greek mainland and the Ionian islands.

The inclement weather will affect the Aegean islands and Crete on Saturday.