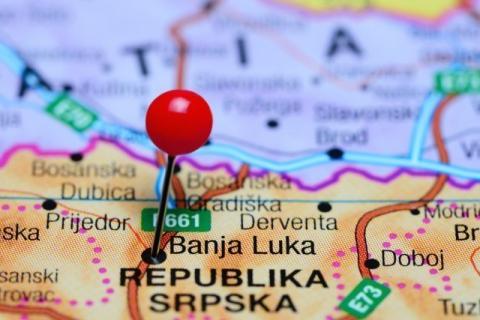 According to Novosti, the law could be submitted in the BiH Parliament in early February.
The mentioned proposal envisages that anyone who calls a certain collective, i.e. BiH, Srpska, the Federation of BiH, Brcko or the cantons genocidal, should be sentenced to five years in prison. Anyone who says that any national group in BiH is genocidal should end up imprisoned for half a decade.
However, the key to adopting the mentioned solution, or opening a debate in the BiH Parliament, according to "Novosti" sources, is now on the parties from the Federation of BiH, primarily Bosniaks, which should decide whether to repeal the imposed amendments to the BiH Criminal Code implemented by Valentin Inzko and support the debate on a new legal solution in the BiH Parliament.
Nenad Stevandic, head of the Serbian Club in the BiH Parliament, says for "Novosti" that it is realistic to adopt the proposal coming from RS, because it is an act that treats all peoples, ethnic groups in BiH, but also the entities and the state of BiH.
"If there is an understanding for equality in the Federation of BiH and the Bosniak political corps, the legal solution will be adopted in the BiH Parliament. But if they want to continue targeting one people and entity, then it will be confirmation that there are no talks with FBiH on equality," he said.
Stevandic points out that Inzko's imposed decision to amend the BiH Criminal Code is Europe's greatest shame, because the European Commission has given a clear position that the laws are not adopted by the High Representative in BiH but by the BiH authorities and the BiH Parliament and added that he expects support from RS opposition parties that have representatives in the BiH Parliament.
The Serbian member of the...