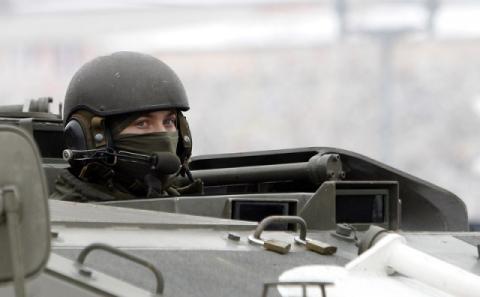 US Deputy Assistant Secretary of State Gabriel Escobar told Pristina reporters that there are currently no plans to withdraw US troops stationed at the so-called Kosovo.
"The United States remains committed to Kosovo's sovereignty and territorial integrity and currently has no plans to withdraw troops from KFOR," Escobar said openly, noting that a comprehensive normalization agreement focused on mutual recognition and eventual EU membership is seen as the most effective long-term tool for ensuring regional security and prosperity.
﻿Reporters reiterate that regarding the final agreement, President Biden's Special Envoy pointed out the position of the United States that the agreement with Serbia should focus on mutual recognition, the Kosovo online portal reported.
"The goal of the United States is a comprehensive agreement that normalizes relations between Serbia and Kosovo, focused on mutual recognition," Escobar said.
In an interview, Escobar further stated that together with the EU Special Envoy for Dialogue between Kosovo and Serbia, he will stay in Pristina, Belgrade and Brussels from January 31 to February 4.﻿