Bulgarian PM Supports the Creation of a European Army 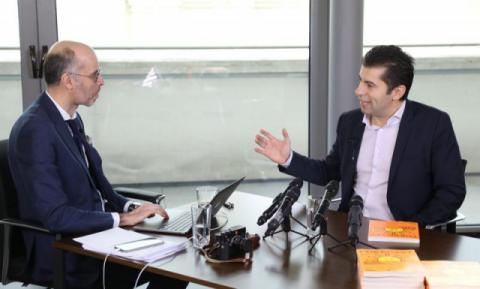 Kiril Petkov defended the idea of ​​creating a European army.

"In order for a person to make independent decisions, he must have independent capacity and independent resource. From this point of view, I think President Macron has a rather strong position in this direction, for Europe to have its own choice, not to be a consumer of security, but to be a creator of security", said Bulgarian Prime Minister Kiril Petkov in the program on Darik Radio.

With these words, Petkov defended the thesis of the French president, who claims that there should be a European army. However, the prime minister said that there should not be many parallel unions, because people and technology are one. He was adamant that if such an army is created, it must build on EU-NATO relations, not compete with the Alliance.

Kiril Petkov also commented on the relations between Sofia and Skopje. According to him, the countries of the Balkans should stop thinking only nationally, but look regionally. He added that the Balkan countries have a large market, such as France.

"We are changing the whole framework of the dialogue. When you focus only on the problems, first you miss all the opportunities and second - the problems become unsolvable."

He rejected the thesis that during his talks with his Macedonian counterpart Dimitar Kovachevski, history had been left in the background and explained that the memoranda signed and the agreement reached on transport connectivity and economic co-operation would boost dialogue.

Osmani: North Macedonia will Never Agree that "We are One People in Two Countries"

Petkov said he had urged the historical commission to negotiate...