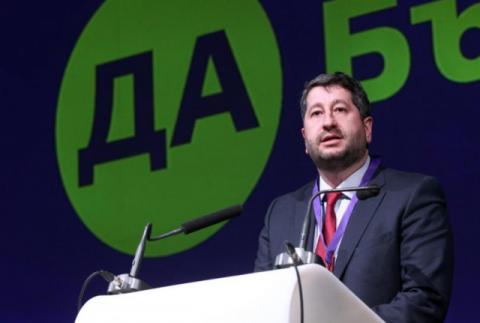 With 692 votes in favor and 14 against, the leader of "Yes, Bulgaria" Hristo Ivanov was re-elected today at his post by the party's second conference. He was the only candidate. Novinite.com reminds that "Yes Bulgaria" is part of the coalition "Democratic Bulgaria" which is in the current ruling cabinet.

Hristo Ivanov Remains Chairman of "Yes, Bulgaria" at least Until the End of the Year

Hristo Ivanov commented that the party members didn't let him go because he has unfinished business, but also that he does not intend to stay in office for long. He announced that serious preparations are underway for the local and European elections and that he personally has a feeling that early parliamentary elections are imminent. According to him, the governing structure is complex and problematic.

"Don't look for any specific conjunctural political meaning in this, I think that the transformation of the political system and the deep factors of instability will very likely lead to such (parliamentary elections). Nor do I intend to lead the policies of DB into this direction, nor is it something that we wave as a threat, is just part of an attempt for a much deeper analysis of what is happening around us," said Ivanov.

Bulgaria's Prosecutor General on the Call for his Resignation: I will not Discuss Crisis PR

The country and the world are transforming and this will lead to instabilities that will have their own political dimension, he added. Ivanov also said that judicial reform with Ivan Geshev still as prosecutor general was impossible. On that he was guilty of Tsatsarov's resignation, he explained that he had criticized the former head of the Anti-Corruption Commission for things...