Funeral of Ksenija Vučić; President of Serbia said goodbye with an emotional message 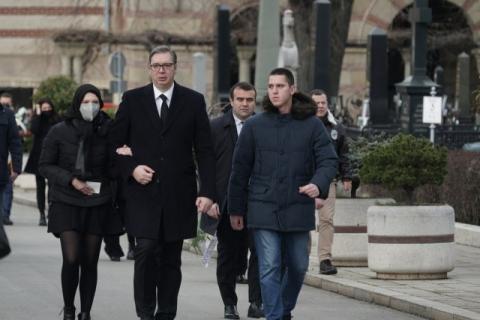 Today, on his Instagram profile "avucic", Aleksandar Vui emotionally said goodbye to his first wife, who passed away suddenly two days ago.
"Thank you for bringing up our Milica to become a strong and unwavering girl today, that our Danilo is such a decent and brave guy, thank you for raising our children under the motto that the highest value is to be a good man," Vucic wrote.
"Thank you for being my loyal friend and support all these years, for believing and selflessly giving your best, helping our Serbia and the people to move forward. You fell asleep in the embrace of our son, I believe you wanted it that way, as their hug was your whole world. Rest in peace, and eternal thanks for everything. Your Aleksandar", Vui wrote next to Ksenija's photo.