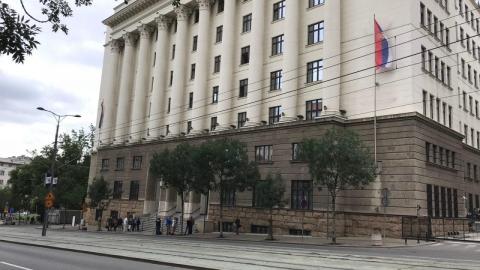 The Appeals Court in Belgrade on Tuesday upheld Dalibor Krstovic's appeal and quashed the first-instance verdict convicting him of raping a female Bosniak prisoner while she was being detained at an elementary school in the Bosnian town of Kalinovik during the war in August 1992.

The appeals court ruled that legal procedures had been violated because some witnesses were questioned in Bosnia, where the case orginated before it was transferred to Serbia, but the defence was not present for these interviews.

This meant that "the defendant was prevented from cross-examining the witnesses", which he had the right to do under Serbian law, the court explained.

The court ordered a retrial.

The first-instance verdict in May 2021 found that Krstovic went to the Miladin Radojevic elementary school in Kalinovik, where captured Bosniak civilians were being held during the war, and raped the woman and allowed a soldier who was with him to rape her too.

The victim was being held captive with her two children, aged seven and nine, and Krstovic threatened that he would rape the children too, the verdict said.

Krstovic denied the charge at the start of the trial. He said that he only went to the school in Kalinovik because his relatives were in captivity on Bosniak-controlled territory and he had heard that there was going to be an exchange of captured civilians for Serbs captured by Bosnian forces.

Krstovic was originally indicted in Bosnia and Herzegovina in 2017 before the case was handed over to the Serbian authorities.