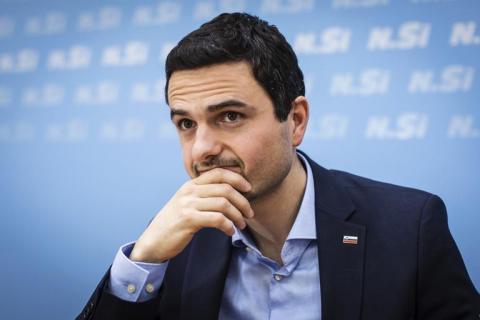 Ljubljana – The coalition New Slovenia (NSi) on Friday launched a campaign promoting amendments to the income tax act, which will include the collecting of signatures in support of the changes in the run-up to the official election campaign.

According to NSi head Matej Tonin, a special website will be set up to present the advantages of the changes, which he said were one vote away from being passed.

People will be able to calculate their net pay be under the changes, which would increase take-home pay by raising the general tax relief.

The party will collect signatures both live and online to encourage political decision-makers to vote on the changes as soon as possible.

The campaign is also to help attract more people to a potential referendum on the changes.

The referendum has been announced by the opposition Left if the government-sponsored amendments, currently stalled in parliament as the ruling coalition has been unable to secure a sufficient majority, are passed.

Tonin said that if the Left insisted on the referendum, the referendum question would be changed, which a majority in parliament supported, and the referendum would be held along with the general election in April, a proposal that allegedly also enjoys sufficient support.

Labour Minister Janez Cigler Kralj believes the preposed changed to the income tax would have significantly affect the Slovenian labour market, as wages would go up, which would increase the difference between wages and social welfare and thus motivate people for work.

He said the changes would also restore the tax break for those older than 70.

Taxes on Slovenian wages are among the highest in the OECD countries, said the head of the NSi deputy group, Jožef Horvat.

A Slovenian with an average wage is left with only 66% of their gross pay, while an Italian gets 71% and a Slovakian 77%, he illustrated.

The proposed changes also include a tax break in the amount of EUR 1,500 for all those who have been voluntarily included in rescue and protection activities for at least ten years.

Horvat rejected claims that the law would jeopardise public finances, noting that under the dynamic model budget revenue would decrease by EUR 102 million this year, by EUR 133 million next year, EUR 127 million in 2024 and EUR 131 million in 2025.

In total, this is EUR 490 million and not EUR 800 million as opponents of the law claim, said Horvat, noting that the changes would promote GDP growth.