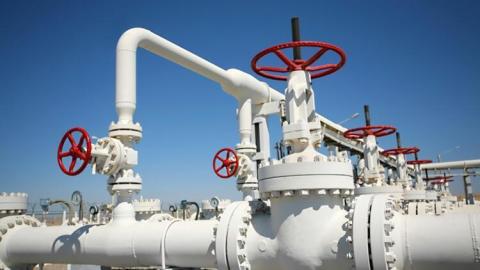 Turkey's Petroleum Pipeline Corporation (Botaş) announced yesterday that natural gas cuts to industrial zones would end as of this morning.

In a tweet, the national energy company thanked industrialists "for their understanding and cooperation in this period."

On Jan. 20, Iran halted natural gas flow into Turkey for 10 days due to technical failures on a key pipeline.

On Jan. 31, Botaş announced that gas flow cuts would be reduced to 20 percent.

Tofaş, a joint venture of Turkey's Koç Holding and European carmaker Fiat Chrysler, was among those companies that have suspended production. Renault's joint venture also said it would halt production at its factory in the northwestern province of Bursa.

Households were not be affected by blackouts and restricted gas supplies.

As droughts lowered the share of hydropower stations in the country's power generation, nearly half of the country's electricity is produced in gas-powered plants.

Turkey relies on Iran for around 10 percent of its gas imports during the winter months.

The Energy Market Regulatory Authority (EPDK) estimated that the country's natural gas consumption will reach 60.04 bcm this year, according to a decision published in the Official Gazette on Jan. 28.

Currently, daily gas flow to Turkey totals around 270 mcm, out of which the TurkStream and Blue Stream gas pipelines transmit 90 mcm from Russia.