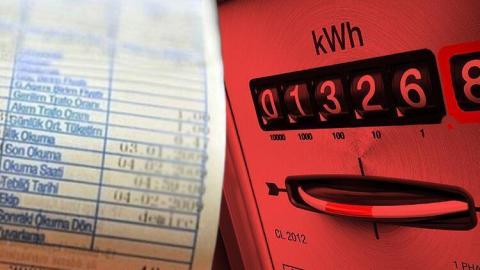 The ruling People's Alliance, made up of the ruling Justice and Development Party (AKP) and the Nationalist Movement Party (MHP) , has strongly criticized main opposition Republican People's Party (CHP) leader Kemal Kılıçdaroğlu who declared that he won't pay his electricity bills until the recent hikes are withdrawn.

"First of all, this is a preference. Secondly and the worst part is that it's an attempt for a revolt under the guise of civil disobedience. Such a threatening challenge cannot be tolerated," MHP leader Devlet Bahçeli said in a statement late Feb. 10.

Kılıçdaroğlu, in a video message on Feb. 9, said he will no longer pay his electricity bills until the government withdraws the hikes introduced on Dec. 31, 2021.

"His electricity should be cut if he does not pay the bill," Bahçeli said, forecasting that Kılıçdaroğlu will have to pay for it when the day comes.

Deputy parliamentary group leader of the AKP, Bülent Turan, also criticized Kılıçdaroğlu's move. "We are passing through difficult times. There is an increase in the energy prices everywhere in the world. Our state is taking steps to mitigate the consequences of it for our people," Turan said on Twitter.

Turan criticized the way the main opposition leader addressed the issue, saying, "It's well certain that Kılıçdaroğlu is seeking a provocation."

In response to these criticisms, deputy parliamentary group leader of the CHP, Özgür Özel, said Kılıçdaroğlu's move was a personal one and he did not ask the CHP to follow him. "He is doing this in a bid to become the voice of those who cannot pay their electricity bills," Özel said.

In the meantime, Kılıçdaroğlu tweeted again late Feb. 11 that "he will take some more steps in the coming days," without...